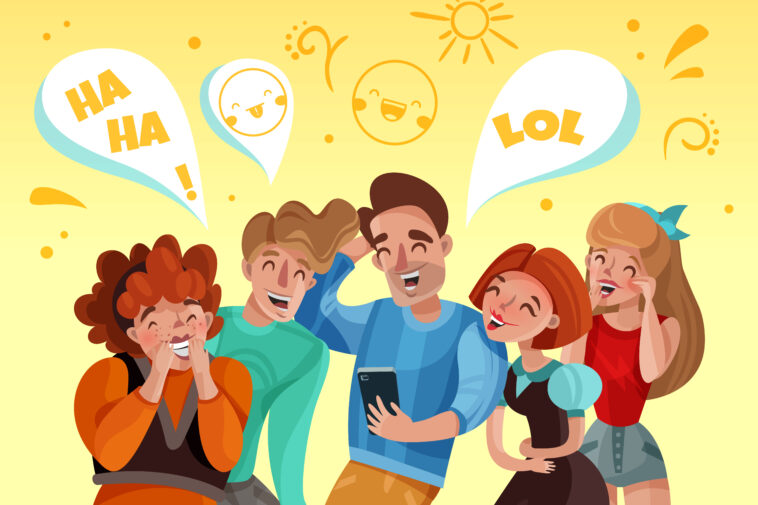 What Makes Something a Meme?

As the internet has grown from a small group of computers linking to each other, to a massive structure composed of millions of websites and billions of links, there has been growth of what is known as a meme.

What is a Meme?

A meme can be anything: a video, picture, or simply an idea that happens to have gained incredible popularity over a short period of time and become “viral”.

Memes can be the most simple things such as posting text on funny cat pictures to very complicated and strange videos like the Rick Roll video.

How can I create a Meme?

First off, in order to make something become viral and become a meme, it has to have some unique value to it.

People have to watch it or look at it and say, “Hey, that’s something different”. Not every great idea that you have will become viral enough to reach meme status.

You have to experiment and use all the resources available to you, such as Facebook and twitter.

You can start off by showing your friends and see if they think it is a good idea, then release it to the world.

There is not much you can really do to effect whether or not your video or picture becomes a meme, other then it being original and funny.

Remember that some of the strangest videos and pictures can become memes.

To get some ideas, you can start off by watching or looking at some of the funniest videos and pictures on the net, this can help you find ideas for you next big viral thing!

Memes and Their Role in Developing a Coaching Culture

It is widely recognised that creating a coaching culture in education, health, business and other organisations is beneficial and will help grow happy, healthy, fulfilled human beings who perform well.

Most coaching literature focusses on how to change organisational culture, indeed a Google search, with that term, yields around 273,000,000 results (Harvard Business Review Dec 2012).

In the National Health Service(UK), coaching is now used to develop leaders, staff and used within patient care to improve health outcomes. In education, the same is also happening, from coaching for head-teachers, through to schemes for primary age children.

This is all in its infancy and doesn’t constitute a massive “culture change”, but at least its happening.

However, the majority of people do not work within education, health or progressive organisations. This group of people constitutes the larger part of society – the man or woman on the street, or the mum in the playground.

As a broader society, we have many challenges, but we don’t have people around us, helping us to help us think differently, challenge, respond and adapt (well rarely impartial ones).

And yet the need for adaptive, progressive thinking in mainstream society has never been greater.

So there is very good reason to extend the development of a coaching culture to society as a whole.

According to Dr. Dennis O’Neil, Palomar College, California, “all cultures are inherently predisposed to change and, at the same time, to resist change” He goes on to identify three main ways that culture change occurs: Diffusion, Acculturation and Transculturation.

Diffusion is the movement of things and ideas from one culture to another e.g. when McDonalds arrived in different countries.

We can also include another process, one that has a new name but is very old and has much more power in today’s socially connected, technology driven world.

Dr O’Neil might call it “stimulus diffusion” where change occurs within a society as a result of an idea that diffuses from another: like a Cherokee Indian observing English being written, subsequently invents a new writing system.

Learning by imitation is one thing, but in terms of culture change, something more widespread and viral is needed, which is where the “meme” and “social contagion theory” come in.

If you haven’t heard of a “meme”, it’s an idea, behaviour or style that spreads from person to person within a culture, like a social”gene”.

Memes are used in advertising. For example, we immediately know which chocolate bar helps you “work, rest and play” or which soft drink “is it”. This ‘knowing’ is down to a meme. What about having a “meme” for coaching or personal development? Do we have any at present?

Social Contagion Theory can be understood as being on the flip side of the coin to memes. It refers to the spread of an activity or mood from person to person throughout a group.

Studies show how Social Contagion Theory can spread things rapidly like happiness to smoking and from food consumption to tastes in books and music. It could help spread coaching too.

If you look at Social Contagion Theory, it occurs through transmission by touch or contact.

Sometimes a simple exposure may be sufficient for this transmission to occur,yet the question is whether people are having enough real contact with coaching, for it to “infect” or “transmit”.

The following would really help the coaching culture to grow within mainstream society:

As coaches and leaders in personal development, we all have a role to play.

Environmentally oriented memes are sweeping around the world, nowhere is this more evident than in schools where institutions are copying each others green programing, green building and sustainable practices.

A “Meme” is a cultural unit (an idea or value or pattern of behavior) that is passed from one person to another by non-genetic means (as by imitation); memes are the cultural counterpart of genes.

A meme is transmitted by repetition in a manner analogous to the biological transmission of genes. Memes are the DNA of human society, influencing every aspect of mind, behavior, and culture.

The word was coined by British biologist R. Dawkins and is taken from the Greek mmesthai, to imitate.

The greening of academe is about a lot more than just recycling, green schools are imitating one another in areas like energy efficiency, renewable energy, and green building.

Like genes, memes usually proliferate because they offer some benefit to the hosts.

Green memes are in schools around the world because being perceived as a sustainability leader attracts students, funding, and media attention.

Academic programming that is built around sustainability is self propagating, the more an institution develops a cluster of educated talent the more that draws even more talent.

An education in a green school reduces the impact on the planet and teaches people the necessary skills to develop a sustainable economy.

A sustainably educated workforce brings their knowledge to bear on the wide range of sustainable issues and companies reap the benefits of cost reductions, enhanced marketing appeal and employee interest.

Green memes are thoroughly permeating our educational establishments and changing the way we live and our relationship to the earth.